Ballet to a body scrub for  sensitive skin

Back in 1982, Matthew Dunn was a young lad with a gift and passion for classical ballet. He had just joined the Victoria College of the Arts. He had already been a child extra for the Australian Ballet five times in Don Quixote, Coppelia, The Three Musketeers, Sleeping Beauty, and Anna Karenina, as Anna’s young son Seryozha. A performance that earned him the praise of “Enchanting” from Sydney Morning Herald critic, Jill Sykes. He was also featured in the third issue of “Dance Australia”, under the banner “Stars of Tomorrow”, in an article that said he had the grace and appearance of his hero, Rudolf Nureyev.

In July of his second year at the VCA, aged just 13, he was walking across Kings Way when he was hit by a car. Knocked unconscious, he lay in a coma for 16 days. His parents were told he had only a 30% chance of survival. When he awoke, he found his left leg broken in two places. Rehabilitation was slow and painful. He had to recover his brain and speech function. To this day, he has a very poor short term memory. “That’s why I carry a diary with me everywhere”. He also has haemophobia. A fear of blood so acute, he can faint at the site of a cut finger.

To complicate things further, during a CAT scan to check the state of his brain, an infected needle gave him a nasty case of septicaemia. As a result, the healing of his leg slowed from 6 weeks to a gruelling 5 months. It was a frustrating business, which he said he only survived because of his goal to get back to ballet. “It’s only really thanks to ballet, my passion for ballet, that I got through as well as I did. I never thought of the obstacles. I just thought of getting back into the ballet studio, which is where I wanted to be.”

As soon as he was released from hospital and still walking with a limp, he began classes at The National Theatre, where he had to learn the most basic of skills. “(teacher) Eileen Tasker took me under her wing and taught me how to do plies and tendues, even to skip. To this day, it’s the physically most exhausting thing I’ve ever done.”

He left the VCA, and went to St Michael’s Grammar. Although he continued with ballet and jazz at the National and various other schools, he found a new passion for massage. “I decided that if you can’t use your body for your career, you should use your brain.” He studied massage, with outstanding marks and completed an Advanced Diploma of Hospitality Management. From his passion for massage grew his zeal for skin. That’s how we got from Ballet to Coffee Scrub for sensitive skin.

Hence his hand made coffee and chocolate scrubs. – Dance Australia 2007

If you would like more information or a free sample, please try www.gracefullillybodyscrubs.com.au 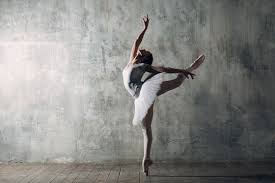 Finally, please refer your friends and family to us at www.gracefullillybodyscrubs.com.au.

And remember to send in for your free sample